Knowing the Difference Between Anytime vs Any Time 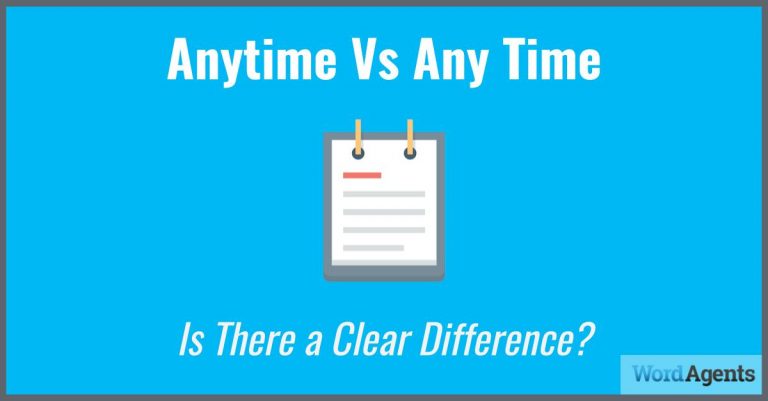 Anytime and any time carry the same grammatical baggage as similar word pairings like everyday/every day and everytime/every time. The challenge isn’t in the spelling. Both forms are correct, making it a difficult error to catch sometimes. A spellchecker won’t flag it. There are times when software can’t replace a set of eyes.

Anytime is an adverb that can modify an adjective, a verb or another adverb. And adverbs don’t all have to end in -ly, as anytime shows. The word has two principal meanings. You can use it in its literal sense which means whenever regardless of time.

You can also use it to mean always or invariably. You are saying that something occurs without doubt or fail. This usage of a single word is relatively recent, becoming part of everyday language in the mid-1800s. Prior to that time, it was customary to see it written as two words which may explain why it’s a common error today.

Perhaps because of its recent history, any time is often interchangeable with anytime.The words separated is one definition of anytime. You’ll likely see both spellings in formal and informal writing. And each one is correct except in a few special cases. The pairing doesn’t carry the same grammatical weight as more egregious errors like confusing its and it’s.

You can’t stray too far off the course by using any time. When it comes to anytime vs any time, the latter is still acceptable. In some writings, it is the preferred form between the two. For some critics, anytime smacks of a certain informality that may be inappropriate in some contexts.

Using any time in place of anytime might strike some readers as pretentious or old-fashioned. Given the widespread use of anytime, it may even come across as a mistake by the writer. Our advice is to stick with the preferences of your audience.

There are a few times when you shouldn’t use anytime as a substitute for any time. The former is incorrect if it follows the word, at. For example, you shouldn’t say to call at anytime. The correct usage is call at any time, using the separated words.

The debate between anytime vs any time is not as contentious as some points of grammar. However, there are a few times you need to be aware of the subtle differences between the two. And fortunately, they’re easy to spot.