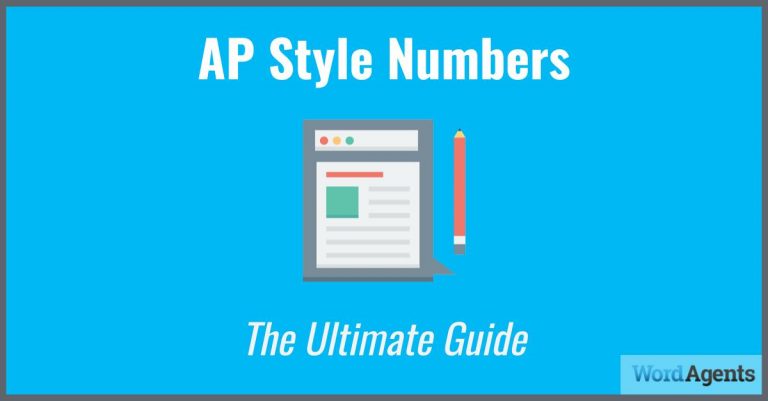 Writing numbers correctly in AP style includes a few basic rules that should get you through most situations. But like most grammar dogma, there is always those special cases. AP style numbers are no exception.

The under-ten or single-digit rule will suffice in most cases. The exception to this rule—we said there would be a few—is the beginning of sentences. Always spell out the number even if it is 10 or higher.

When writing large numbers, you should add a comma to denote groups of three digits as in 123,456,789 or 15,999. You needn’t add commas for addresses or years. And phone numbers, of course, use hyphens between the sets of three though you’ll likely see periods sometimes too.

There are several special scenarios where you should always use figures. Most of these examples are logical and need no explanation. They include numbers such as addresses, temperatures, times and speed. Numerals always proceed these indicators. But there are several other cases where a figure is more appropriate than a spelled-out number.

You should always use numbers when referring to money in dollars and cents. Likewise, percentages and highway routes require a figure. Also, you should use figures for dimensions rather than spelling out the numbers.

When discussing AP style numbers, we must address a few of our pet peeves when it comes to incorrect usage. Unfortunately, these examples show up frequently on TV, in the press and on marquees. Every time we see one of these misspellings, we cringe.

If you are writing about the years within a decade, the correct spelling is the 1960s, not the 1960’s. That is also the case if you’re referring to a single number as in 5s. The apostrophe does not belong in these figures because it’s not a possessive word.

There are times when an apostrophe is correct as when you’re specifying the decade without the entire year as in the ‘40s. You’ll notice that the apostrophe before the number four. You should use it to reference the numbers you have omitted when not writing out the complete year.

AP style numbers are not difficult to master. The exceptions to the rules are often familiar examples that you needn’t try to remember. Just remember that specific numbers as in measurements and large quantities often require a figure. And please don’t misplace those apostrophes.

Grow your business with our content and marketing best practices.