How to Identify Essential and Nonessential Clauses 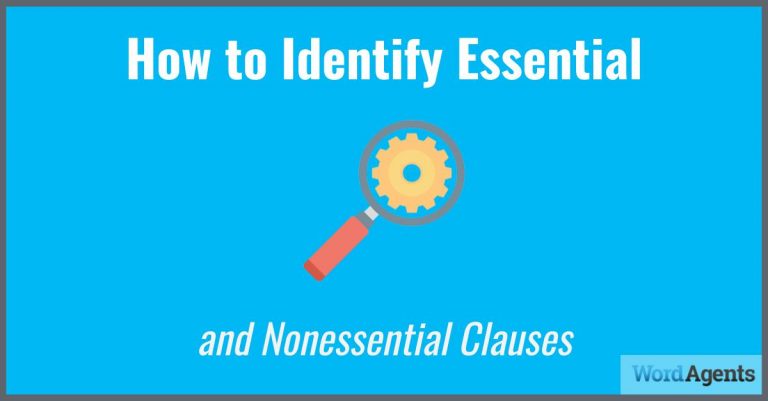 Clauses are the foundation of writing. Without them, you’d only have a jumble of words with no clear meaning. Therefore, it makes sense to understand what they are as well as the types. Discussing clauses is also the perfect time to address another grammar issue that goes hand in hand with them, the use of which and that.

Clauses are simply a grammatical construction that consists of a subject and verb. You may also see them called restrictive and nonrestrictive. We prefer the former since its meaning is better understood. They can stand on their own as independent structures or take on a phrase function within a sentence.

You can think of nonessential clauses as an aside. They include added information for interest only. But, they are not crucial to understanding the meaning of a sentence. Nothing is lost by their omission because the original meaning of the sentence remains intact even without the nonessential clause.

You may have noticed a few subtle grammar differences between the examples of essential and nonessential clauses. The former uses identifiers that specify the clause such as that, who or where. Also, there are no commas cutting it off from the rest of the sentence. That makes it seem more a part of the sentence.

In the latter which replaces the word, that. You may also see who or where used, but the difference lies with the fact that there are commas around the clause. That is a visible tip-off that it is nonessential to the complete thought.

How Do You Decide If It’s Essential?

Distinguishing between essential and nonessential clauses is crucial to maintaining the intended meaning of a sentence. Part of the difficulty lies with the use of that and which. Modern usage has blurred the distinction between the two. It’s a ubiquitous error. Correct grammar specifies their use though it sometimes gets cast aside.

The best way to determine the type of clause is simply to remove it and compare it to the original sentence. If the meaning is altered or becomes unclear, the clause is essential. Then, you can add the right pronoun and commas as necessary to make it correct. Unlike other grammar errors, the correct use of essential and nonessential clauses means understanding its context.