The Truth About Lay vs Lie 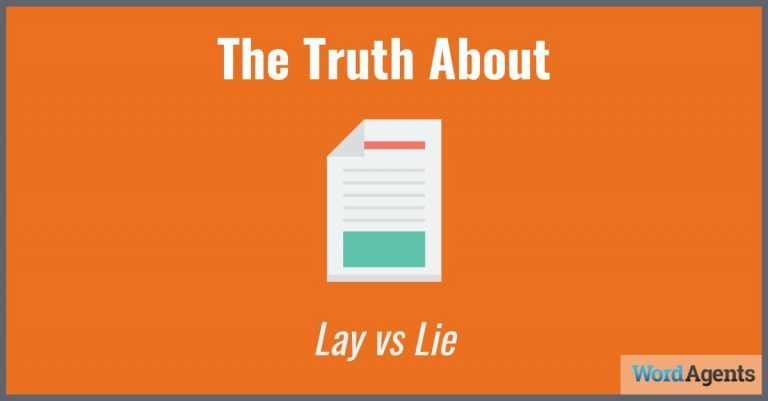 These two words have probably caused more confusion than any other source of grammar errors. And it’s easy to see why. Both have similar meanings—and many of them too! But it’s no lie. Once you learn the subtle differences, you’ll have this one in the bag.

Lay is an ancient word in the English language with origins that go back well before 900 AD. Both lay and lie have multiple meanings as both verbs and nouns. But lay is a tireless workhorse when it comes to its uses with dozens of definitions. The ones that are the most common source of grammatical errors involve setting or placing something down.

The correct use of lay involves a subject, verb and object when used in the transitive form. You can use it as an intransitive verb without an object as in the nautical expression, lay aloft. There are also regional variations such as when the wind lays. These uses are not as widespread

The most common usage of lie to tell an untruth. It means the same as the noun. There’s no confusion between lay vs lie in this context, of course. The problem comes from using lie with its other meanings. When used like lay, it is most often as an intransitive verb without an object.

One area of confusion exists with the phrases, lay down and lie down. Technically, the use of lie is the right one. Using the word, lay, is a colloquialism that has persisted since the 14th century. In the interests of good grammar, our advice is to say lie down instead of lay down.

If that’s all there were to the lay vs lie issue, it’d be an easy fix. But the tenses of each word add to the confusion. The past tense of lie is lay. You have the present tense as “I lie down.” The past tense is “I lay down before one last night.”

And Then the Solution

To keep lay and lie straight, remember that lay means to place something on something else. Lie means to get in a horizontal position as in lie down without an object following it. Other uses are uncommon, so these simple rules should cover you most times.

Lay vs lie has been the bane of writers for generations. Equating lay with the verb, place, offers a quick solution for using the words correctly. And you can use it properly with both people and objects. Just remember you’ll need to place them somewhere. Whew! After all that, it’s time to lie down for a wee nap.