When to Use a Colon in AP Style Writing 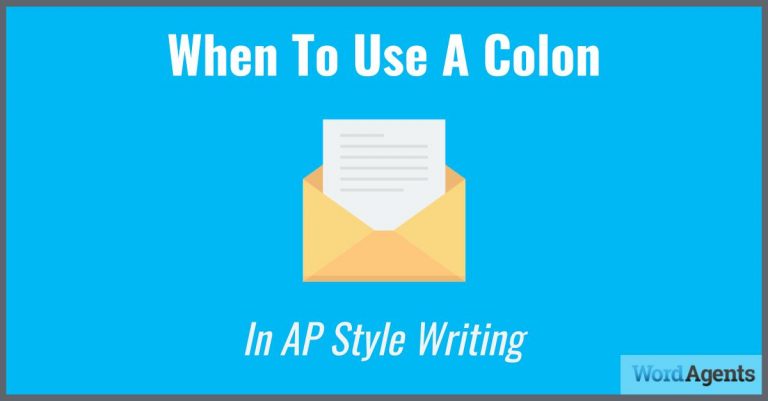 When it comes to grammar, the use of a period, question mark or exclamation point seems straightforward. They were the first grammatical marks you read and learned. Semicolons, colons and other punctuation seem daunting because they occur in formal writing and have specialized uses.

Mechanics of Using a Colon

Semicolons and colons are different regardless of having the same root word. Colons seem hard to use because there are more rules about their use. Placing a period at the end of a complete sentence is simple. You leave a space and capitalize the next word. A colon is a bit trickier because you must consider context.

One of the most common ways of when to use a colon is with a list either within a sentence or as a vertical ordering of items. In the latter case, you should treat complete sentences as you normally would with the first word capitalized and appropriate punctuation at the end.

I NEED THESE SUPPLIES:

HE HAD THE FOLLOWING QUESTIONS:

You can also use a colon to unite two independent clauses. An independent clause is a sentence that can stand on its own as a complete thought. The two clauses must be related with the second as an adjunct to the first.

You shouldn’t capitalize the first word of the second clause unless the more than one sentence follows it on the right.

Like em dashes and ellipses, you can also use a colon to introduce another sentence to emphasize something by using it in place of a word like namely. It functions as a list but adds emphasis since there is only one item following it.

There are also several special cases for when to use a colon. In formal business correspondence, you should use a colon in the salutation rather than a comma as in informal letters. Other examples include time figures and Bible verses.

A quotation often contains a complete sentence, so using a colon in the introduction makes sense since the two are most likely independent clauses. It adds clarification especially if the quote is more than six words.

How to Use a Colon

Like other special punctuation, you should use colons where appropriate. If you’re using them for emphasis, keep this adage in mind: less is more. It works best if it has the center stage. Don’t crowd the platform with actors screaming to be heard. Let the well-placed colon steal the show.